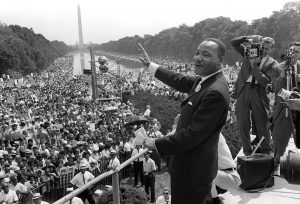 WASHINGTON, UNITED STATES: US civil rights leader Martin Luther King,Jr. (C) waves to supporters from the steps of the Lincoln Memorial 28 August 1963 on the Mall in Washington DC (Washington Monument in background) during the “March on Washington”. 28 August marks the 40th anniversary of the famous “I Have a Dream” speech, which is credited with mobilizing supporters of desegregation and prompted the 1964 Civil Rights Act. Martin Luther King was assassinated on 04 April 1968 in Memphis, Tennessee. James Earl Ray confessed to shooting King and was sentenced to 99 years in prison. AFP PHOTO/FILES (Photo credit should read AFP/AFP/Getty Images) 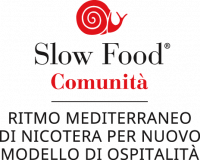